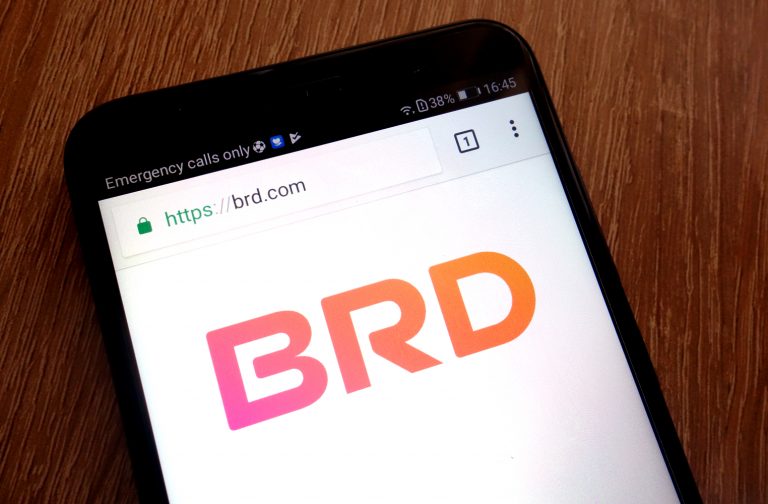 Breadwallet, later known as Bread, and now just as BRD, was the first crypto wallet in the App Store in 2014. Its non-custodial, open source and user-friendly nature saw it become very popular, now with nearly 3 million users worldwide. CEO Adam Traidman took some time to field questions from news.Bitcoin.com this week, detailing BRD’s upcoming first enterprise blockchain product launch, the importance of branding, and the function of usability and regulation in bringing crypto to the world.

News.Bitcoin.com (BC): BRD has come a long way since its beginnings six years ago, now with support for multiple cryptos, a BRD token, coin swapping, holiday giveaways and more. Is there anything new in the works for 2020 you can tell us about?

Adam Traidman (AT): BRD (better known as Breadwallet to most consumers) has indeed thrived and survived multiple market cycles in the crypto industry since being the first-ever crypto wallet in the App Store back in 2014. The initial vision was to enable consumers and crypto enthusiasts at the individual level. This industry doesn’t have much if individual consumers do not have a secure and unhackable way to protect their crypto assets. It all begins there.

As we’re nearing 3M total users worldwide and another record year for new user growth, we feel very accomplished in seeing that initial mission through. As we enter 2020, it’s time for the next phase of the BRD mission, which is to enable enterprises and large organizations to build the next set of applications and utility for both the business and broader consumer markets. We will be formally announcing the global availability of Blockset, BRD’s first enterprise blockchain product. This will be BRD’s most significant product launch ever, and it will provide all the building blocks that businesses need to build to meet the next set of needs and usability in future crypto applications. More details to come in the next month, but for now, you can visit www.blockset.com for an early look.

BC: Privacy has always been a central focus for BRD. What are your thoughts on the current, increasingly AML/KYC-focused regulatory climate in the crypto space?

AT: We have to continue to adapt, like all other thriving industries in their early days. Remember, the traditional finance and banking industry needed to be heavily regulated to ensure that consumers were protected and not exploited by corporate interests. I want to remind the entire sector that adherence to privacy does not mean non-compliance.

I think China in the next three years is an essential barometer for how crypto assets and currency will be regulated at the federal level. There’s constant talk about how they are ready to roll out the most comprehensive set of regulations for the crypto industry, allowing for all licensed entities to operate legally in their jurisdiction. I think that’s the most exciting development related to regulatory progress, so let’s all keep an eye on those developments. Lastly, the right amount of regulation has been a critical path for sustainability in all major industries, from ride sharing to social media. They are ultimately there to protect consumers, and that’s a good thing.

BC: With over 2 million users in 170 countries, the BRD wallet is well-trusted for its open source, non-custodial and secure design, with many also complimenting the user-friendly interface. Is the key to onboarding in your opinion a combo of privacy and ease of use?

AT: Nearly 3 million users now. The key to successful onboarding begins before that, much further up on the funnel. It’s brand, brand, and brand. That’s been the key to our success. We’ve operated for a long time now with the highest of ethics and transparency. We’ve stuck to our principles when others chased fast money, and this is how we’ve endured the downturn that begined in mid-2018.

Our CMO, Spencer Chen, has done a fantastic job in creating a brand that’s both welcoming, embracing, and warm to all consumers in an industry that’s frankly been alienating to new participants.

I’ll give you the Apple example: Their brand engenders trust, you’d buy anything from them … from phones to music. For the consumer business, it all begins with the brand. Our CMO, Spencer Chen, has done a fantastic job in creating a brand that’s both welcoming, embracing, and warm to all consumers in an industry that’s frankly been alienating to new participants. He often jokes that there’s this green-on-black-Matrix-like aesthetic that’s plaguing the crypto industry.

BC: BRD has stated that “Our goal is to bring the number of people unbanked from 1.7 billion to 0,” and emphasized the critical importance of direct wealth ownership and financial sovereignty. How will this vision be made reality?

AT: Usability. Tons more usability for everyday consumers, especially for the unbanked and underbanked. As an example, when there were big issues with the central bank in Venezuela in 2018, we saw a massive uptick in new users from the country. I think we were the #4 ranked app for the entire country. But there was still usability issues, such as the inability to easily send crypto to friends in their address book or trying to understand what seed phrases are and their importance.

There’s just a lot of non-intuitive usability issues for the mainstream audience and the quicker we address them, the faster the broad adoption among the unbanked. This remains the top priority on our consumer roadmap — usability as the killer feature.

What do you think of BRD and Adam Traidman’s thoughts on adoption and the crypto industry? Let us know in the comments section below.

The post BRD’s Adam Traidman on New Products, Crypto Adoption, and Banking the Unbanked Into 2020 appeared first on Bitcoin News.