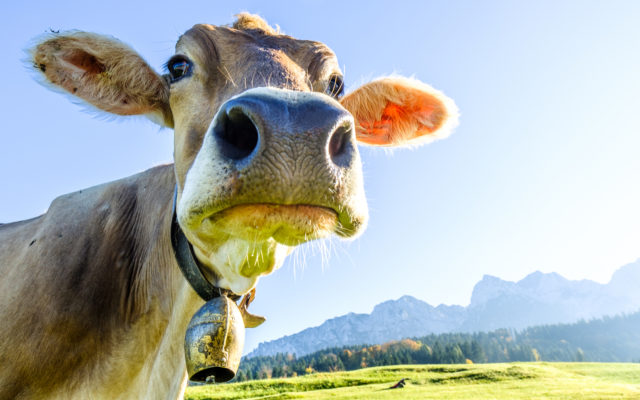 After many months of speculation as to the whereabouts of Dash ex-Senior Advisor, Moocowmoo, and the location of investors’ funds, it seems he’s finally come out of hiding.

In a euphoric Reddit post, entitled “Developing story: More and more people reporting they are receiving their shares back,” Dash supporters come out in numbers to rejoice about the magic return of their long lost funds. 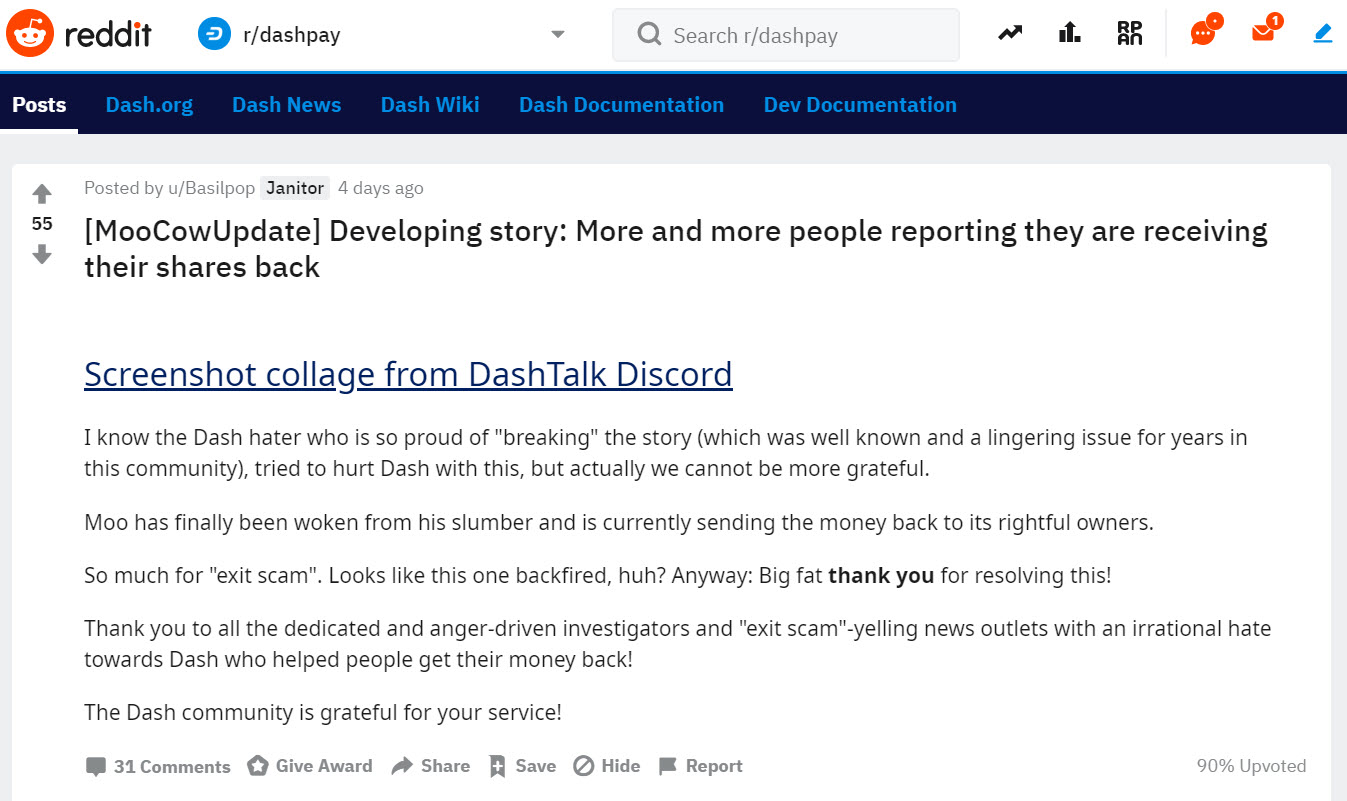 “Moo has finally been woken from his slumber,” commented one, “and is currently sending the money back to its rightful owners.”

Another jubilant Reddit user wrote, “Sweeeeet!!! This is the comeback of the year!! MooCow for president! :)”

Even the original user on the Dash Forum cited by Bitcoinist last Monday, Erulian, confirmed that his funds had been returned and apologized for causing so much kerfuffle.

I’m sorry it turned into such a big drama, but also glad that I finally got my funds back. I’m sure some people in the community pulled some strings to make this happen. Thank you.

Despite his words of thanks, however, Erulian failed to provide any concrete evidence of the returned funds, citing privacy concerns.

“Thank you to all the dedicated and anger-driven investigators and “exit scam”-yelling news outlets with an irrational hate towards Dash who helped people get their money back!”, the Reddit post opens.

At Bitcoinist, we couldn’t be happier to hear that justice is finally being done. Was it our investigative article, though, or perhaps a Christmas miracle that got Moo to do the right thing? We simply do not know.

Maybe it was something else. Either way, it’s great to hear that investors have had their hard-earned funds returned. The overall situation seems to have been nothing more of a case of wanton disregard for investors’ funds rather than a daylight swindle.

Below is the evidence provided by Dash Core Group, which they state shows that Moocowmoo has been returning funds to Dash investors. 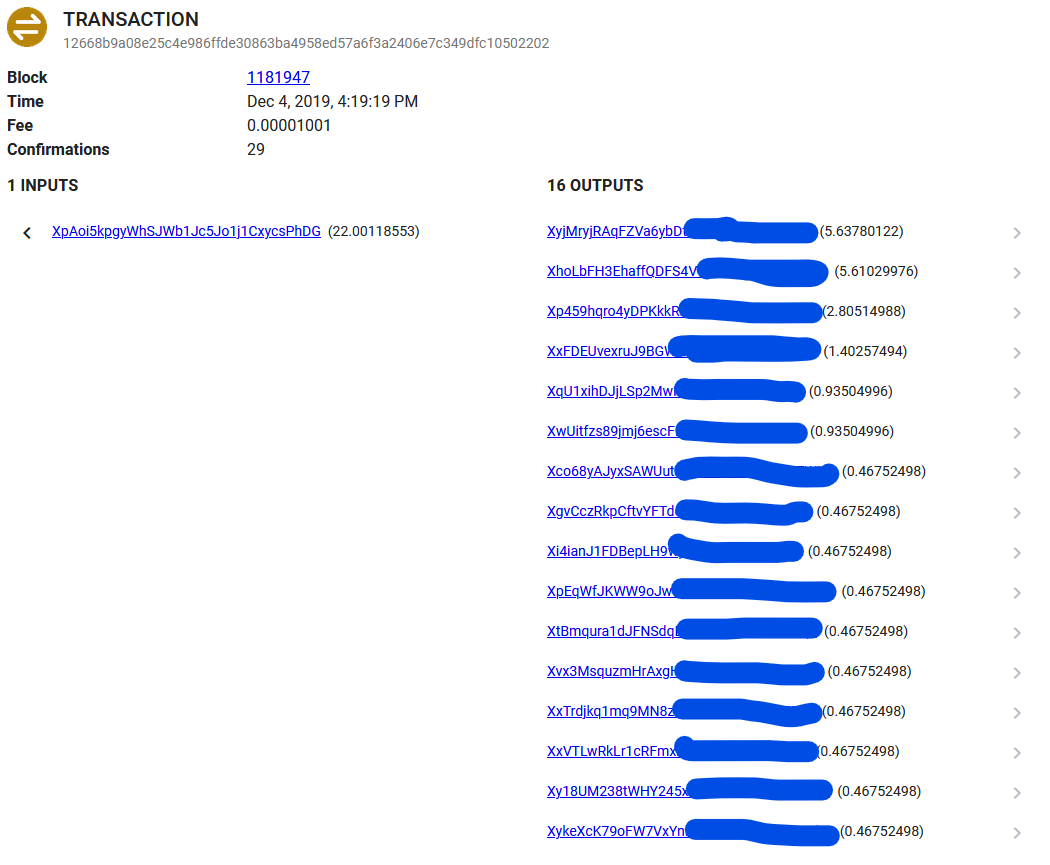 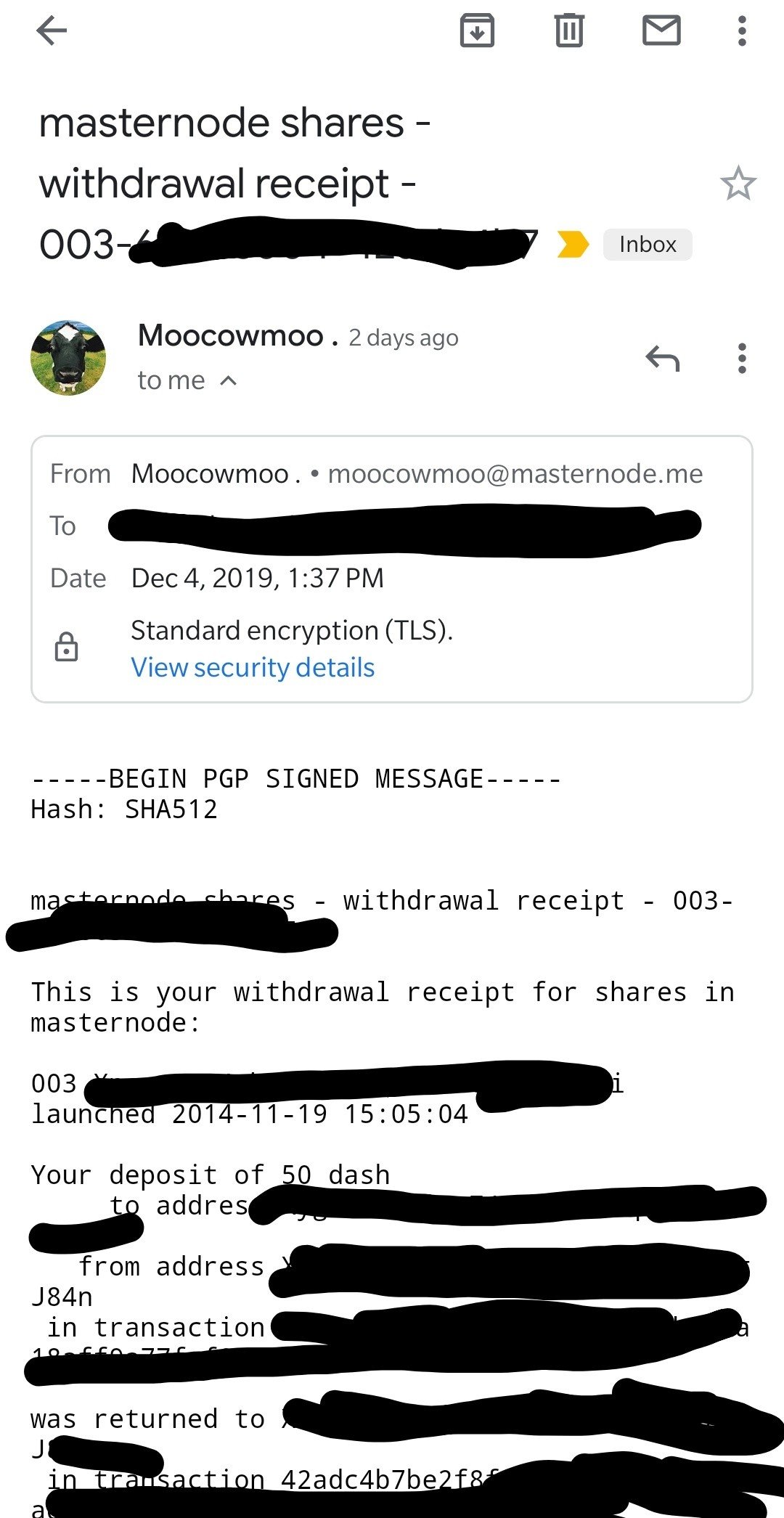 This doesn’t make things good again because it should not have taken so much for him to send back the funds, but it is certainly a much better outcome than him disappearing without paying.

What have you made of the Moocowmoo saga? Add your thoughts below!