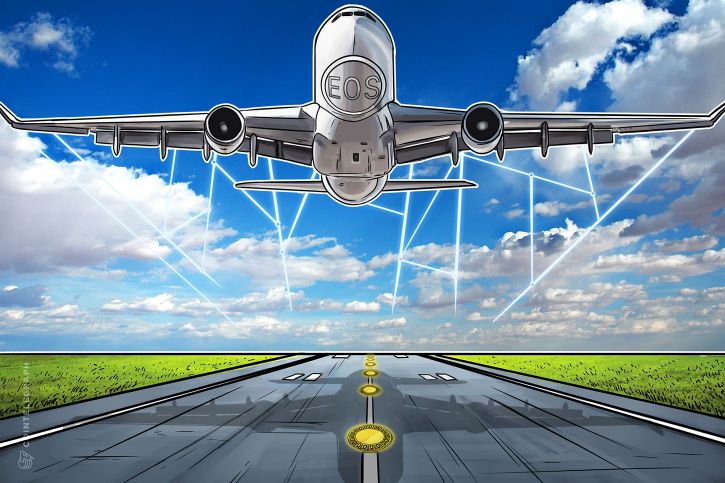 The EOS blockchain has now officially been activated, after the 15 percent – or 150 mln – positive vote threshold was hit yesterday, June 14, according to EOS Block Producer voting statistics.

As of press time, over 177 mln of all EOS token have been staked, successfully validating the EOSIO blockchain.

Candidates to become the EOS blockchain’s so-called “Block Producers” – the equivalent of miners on the Bitcoin (BTC) blockchain – first voted “Go” in a voting session on June 8, kicking off a preliminary ‘boot stage’ that has now been sealed by official mainnet validation.

Some crypto commentators have attributed the week-long lapse that followed June 8 GO decision to the fact that tokens held on crypto exchanges were not eligible to be staked for the mainnet vote:

I think the reason EOS voting turnout is low is that you can’t vote your tokens from exchange. @binance @bitfinex @krakenfx have enough customer tokens to activate the EOS chain but their users cannot vote.

Earlier this month EOS’ creator, blockchain software developer Block.one released version 1.0 of the blockchain protocol EOSIO to the public. The EOSIO software is designed to allow enterprise-level and “community-driven” businesses to build scalable decentralized applications (dApps) on its platform.

Commentators have been expecting EOSIO to compete directly with Ethereum (ETH) as a dApp-supporting blockchain protocol. On the same day of its EOSIO 1.0 software release, Block.one announced the launch a $50 mln fund to support the development of the EOSIO “ecosystem”, in partnership with London-based blockchain investor, SVK Crypto.

On June 1, Cointelegraph reported that EOS had completed its year-long token sale, raising a record-breaking $4 bln to become the largest Initial Coin Offering (ICO) in the crypto industry’s history.

EOS is currently the fifth largest cryptocurrency by market capitalization, with a market cap of $9.7 bln. The coin has seen an over 3 percent growth over the past 24 hours to press time, trading at $10.81.