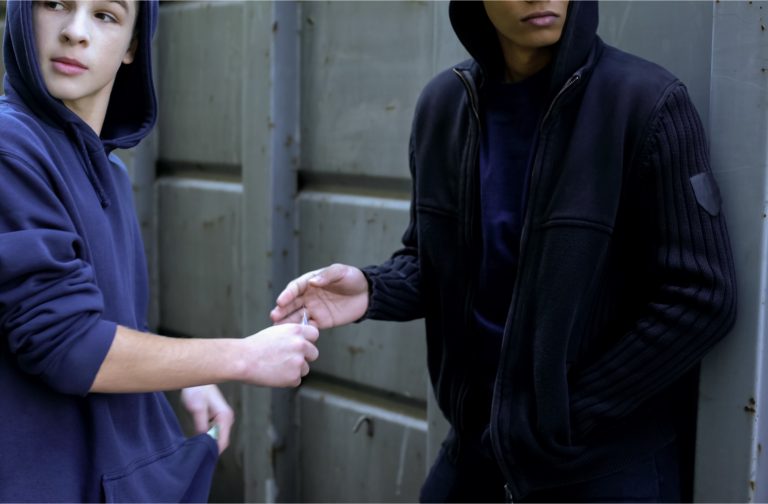 Is the current industry landscape, where centralized exchanges dominate cryptocurrency trading volumes, about to change in the coming years? Europol predicts that international regulatory demands for identity verification on established venues will push privacy concerned traders into so-called ‘criminal’ services in the digital underground.

The European Union Agency for Law Enforcement Cooperation (Europol), formerly known as the European Police Office and Drugs Unit, recently released its 2019 annual assessment of the cybercrime threat landscape. The report focuses on the potential impact of future technological developments such as artificial intelligence (AI) and quantum computing on cybercrime, and also dedicates a section to what it defines as the criminal abuse of cryptocurrencies.

Cryptocurrencies play an essential role in the underground economy according to Europol’s findings. They are used for most “criminal to criminal” (C2C) payments on darknet forums and marketplaces. In addition to C2C payments, many attackers demand payment from victims for attacks such as ransomware or DDoS extortion by cryptocurrencies. The agency complains that such criminally obtained funds, while already inherently challenging to trace, are often further laundered through mixing services, which serve to obfuscate the financial trail.

The most apparent development with regard to crypto, according to the report, is that attacks and frauds which historically targeted other payment systems or fiat currencies have now been adapted to incorporate cryptocurrencies. As such, Europol now routinely sees malware and phishing targeting crypto-investors and companies, and new frauds, such as investments frauds related to cryptocurrency. It speculates that such approaches may be more successful due to the lower levels of knowledge potential victims are likely to have about these new types of assets.

Cryptojacking remains an issue but the activity appears to have peaked in 2018 and decreased throughout 2019, partially due to the shut down of Coinhive, the most popular mining script, in March. The report explains that the preferred cryptocurrencies were those that are suitable with CPU or GPU mining, and that are difficult to trace. Monero ticked both boxes, and was thus the first choice for this type of activity. Although these incidents could have affected many, the damage per victim is typically low and therefore it is rarely reported.

While Europol previously reported a shift towards more privacy focused cryptocurrencies such as monero, zcash and dash, it now says BTC still remains the currency of choice for criminal use. The main developments regarding this trend are on darknet markets, several of which also accept XMR, or in some cases trade in it exclusively.

In July 2018, the 5th EU Anti-Money Laundering Directive (AMLD5) entered into force. With 18 months to transpose the new regulations into national legislation, Europol expects all EU member states should adopt the recommended legal regime by the end of 2019. One of the key changes proposed by the directive was the regulation of virtual currency platforms (crypto exchanges) and custodian wallet providers (services where the company holds its users’ private keys). Such entities will be required to apply full customer due diligence, thereby completely identifying their clients, and to report any suspicious transactions to financial intelligence units. Europol fears that while this new legislation may capture a significant proportion of cryptocurrency users, those using hardware or software wallets, or trading via other peer-to-peer exchange systems, can still operate largely anonymously. Similarly, users of privacy-oriented cryptocurrencies such as dash and monero — until they choose to interact with a centralized exchange or add their coins to a custodian wallet provider — can also remain private. How the community will react to these developments remains to be seen. However, Europol predicts it is likely we will see the rise of ‘criminal exchange services operating on the digital underground,’ exchanging fiat and cryptocurrencies outside the regulated sector.

The report concludes that law enforcement must continue to develop knowledge on how to track and seize crypto assets. Additionally, “Law enforcement must continue to build trust-based relationships with cryptocurrency-related businesses, academia, and other relevant private sector entities, to more effectively tackle issues posed by cryptocurrencies during investigations.” Despite the gradual implementation of AMLD5 across the EU, the agency asks investigators to be vigilant concerning emerging cryptocurrency conversion and cashout opportunities, and to share any new information with Europol.

What do you think about the predictions from Europol regarding the development of the digital underground ecosystem? Share your thoughts in the comments section below.

Verify and track bitcoin cash transactions on our BCH Block Explorer, the best of its kind anywhere in the world. Also, keep up with your holdings, BCH and other coins, on our market charts at Bitcoin.com Markets, another original and free service from Bitcoin.com.