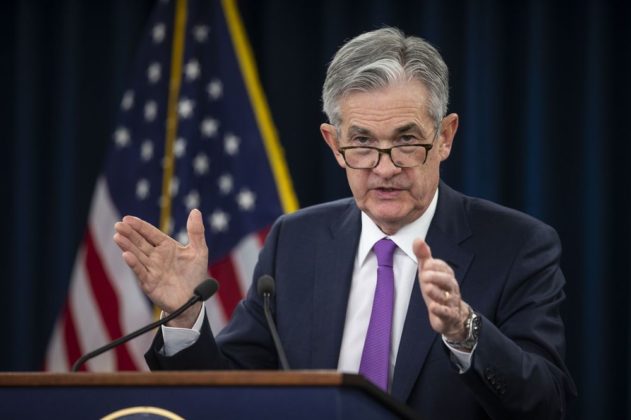 The Federal Open Market Committee (FOMC) has cut the rate again by 25 basis points to a target range of 1.75%-2.00%. While this is in line with analysts’ expectations, the Fed’s potential dovish stance might be bullish for Bitcoin in the long term.

Fed Has No Plan for Future

At the end of August, we reported that the Fed cut its interest rate for the first time since the financial crisis in 2008. We also explained that lower rates make the US dollar cheaper for investors, which might, in turn, bring more attention to alternatives like Bitcoin.

However, things become complicated as the Fed hasn’t provided signals on its future plans. On the other side, economists anticipated that the policymakers would hint to more rate cuts upcoming. President Donald Trump accused the Fed again for being afraid of boosting the US economy through more aggressive cuts. He said Fed Chairman Jay Powell and his colleagues had no guts.

Jay Powell and the Federal Reserve Fail Again. No “guts,” no sense, no vision! A terrible communicator!

There are severe disagreements between the Fed members on the timing of next rate cuts. Thus, three regional presidents, including James Bullard of St. Louis, Esther George of Kansas City, and Eric Rosengren of Boston, didn’t agree with the quarter-point cut. George and Rosengren are against any rate cuts at all. In light of this, it’s challenging to anticipate the Fed’s next moves.

Coincidence or not, Bitcoin lost over $300 in several hours today, though it’s difficult to understand whether it’s connected to the Fed’s decision. Nevertheless, Fed’s hesitation to more aggressive easing left no support for the cryptocurrency, which declined 3%.

Bitcoin Will Be the Winner Anyway

However, no matter how much time the Fed delays the next cut, it will have to open the door for more aggressive easing sooner or later, and Bitcoin will benefit from this. The US central bank is under pressure amid the Sino-US trade conflict and fears of a global recession.

To make things worse, the New York Federal Reserve had to inject almost $140 billion into the financial system to appease tensions in the overnight lending market, which saw its rates suddenly surging. This is the first operation of this kind since 2008.

There are visible cracks in the US economy, and it’s not unreasonable to expect the Bitcoin market will likely benefit from this. A list of 53 bullish reasons for the cryptocurrency is getting viral on Reddit right now.

Is the Fed losing control over the US economy right now? Share your thoughts in the comments section!