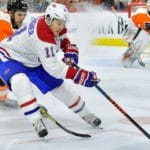 On September 16th, a former hockey player was charged with committing a fraud of $800 000 in cryptos.

The accused, Igor Musatov, a former professional Russia-based player in ice hockey, will be held one month in prison for his crime. The CEO of a company did not succeed in resolving thing amiably with Musatov, which in turn prompted him to seek help from authorities.

According to the TASS Russian information agency, Igor Musatov had previously been accused of other charges involving fraud of Rubles worth 45m, i.e., $700,000. The information was provided by the CEO of the company.

Musatov was acquainted with the anonymous CEO in January last year and told him how he traded on a professional level with cryptocurrencies. The hockey player then proposed that he will buy around 103 Bitcoin at the cost of 45 million Rubles, which would have been a major reduction from the regular Bitcoin market price.

The CEO agreed to the proposition and gave the money to an assistant at Musatov’s office, that left the building through a secret exit.

The CEO then contacted Musatov which reassured him that the deal was going as planned. But the accused disappeared and did not make any attempts to contact the CEO again. Musatov is currently on a list of wanted criminals and is under absentia accusation until his final confinement.

Musatov, maintained his innocence all throughout the proceedings, and that the accusations stemmed from a case of misunderstanding. He also stated that he has evidence that will prove he is innocent.

Musatov’s lawyer said in an interview that his client will not be pleading guilty to the charges:

“We believe that the relations that had risen as a result of the exchange of cryptocurrencies are exclusively civil. Criminal prosecution is out of the question,” ­–said the lawyer.