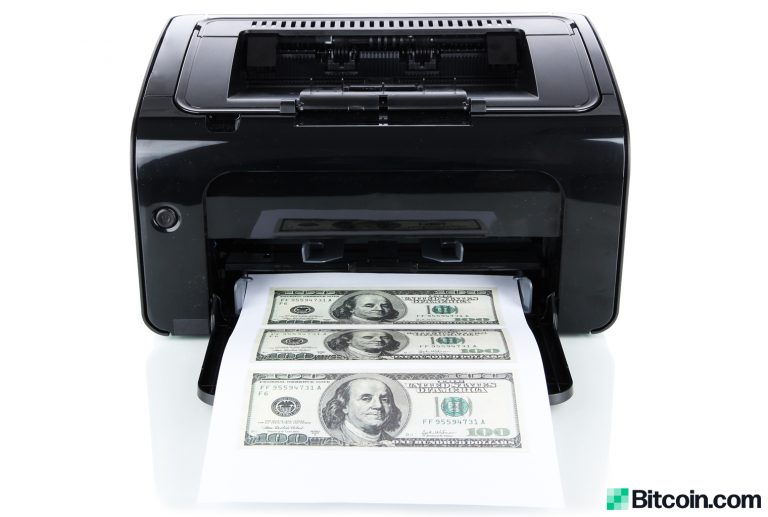 Also Read: Money and Democracy: Why You Never Get to Vote on the Most Important Part of Society

When news.Bitcoin.com begined reporting on the large number of developed central banks involved in easing tactics there were roughly 19 of them. Then the number was raised a few weeks later to nearly two dozen central banks bolstering different forms of stimulus. Now there are 37 central banks worldwide increasing the global money supply and a slew of them have joined the easing club in the last two weeks. For example, on October 30, the Costa Rican central bank cut key policy rates to 3.35% and cited a lack of economic growth. The same week Saudi Arabia, United Arab Emirates, Bahrain, and Kuwait cut benchmark interest rates as well. The Hong Kong Monetary Authority (HKMA) also reduced its base rate on overnight windows by 25 basis points on October 30. The same day the U.S. Federal Reserve cut rates again for the third time this year. In what seemed like a rate cut party, Brazil joined the Fed and slashed benchmark interest rates to 5%. Brazil also said inflationary problems might invoke them to continue further easing mechanisms in the near future. Roughly seven days prior, both Chile and Georgia changed interest rates on October 23. Chile reduced rates from 2% to 1.75% while Georgia’s central bank raised refinancing rates to 8.5% from 7.5%. Georgian central planners messed with the rates the month prior twice because of rising annual inflation percentages. Further, even though the People’s Bank of China (PBoC) cut the one-year loan prime rate (LPR) by five basis points on September 20, the economy in China still looks bleak.

For instance, many smaller financial institutions in China are struggling and there have been at least two recent runs on rural lenders. Rumors stemming from social media that a few small banks might fail sparked the bank runs. Then for some unknown reason, Guangdong Nanyue Bank skipped its local tier-two bond redemption. There are more than 3,000 small banks in China that are contending with a lack of liquidity and bad loans. Many spectators believe the Chinese government will resort to “mergers and restructuring.” Inner Mongolia-based Baoshang Bank Co. was already taken over by the communist government because of faulty practices and credit risks. There’s a lot of interesting happenings within the global economy right now and on top of the central planners trying to band-aid the situation, there are uprisings everywhere. Massive protests have been taking place in Argentina, Venezuela, Indonesia, Netherlands, France, India, Russia, Hong Kong, Chile, Lebanon, Peru, Haiti, Egypt, Syria, and many more countries across the globe. The demonstrations and people taking to the streets stem from the wealth disparity plaguing global citizens. A place where the bureaucrats and the banking cartel eat bread and drink wine while the peasants are left with crumbs.

February 26, 2020
Several cryptocurrency exchanges in India have just lately stepped up their choices as they wait for the supreme court docket’s determination on the RBI...

Bitcoin Price Won’t Fall Below $8.2K During This Crash: PlanB