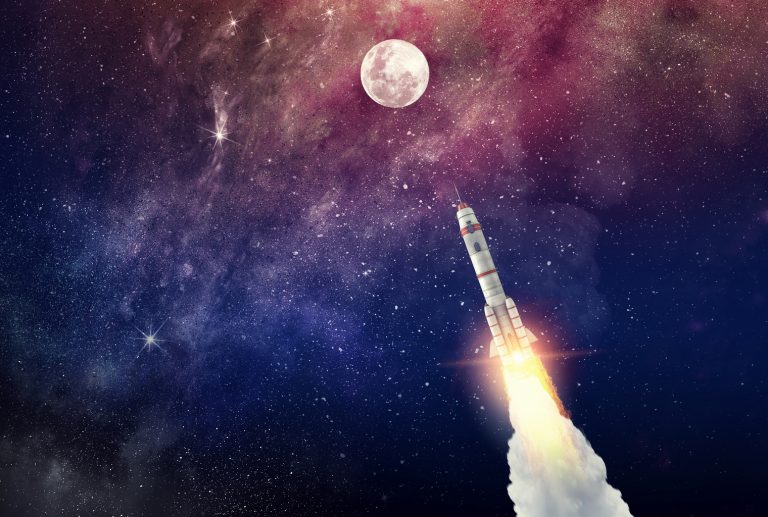 If you bought synthetix (SNX) this time last year, you don’t need to read these words. You’re already rich after your moon bag lived up to its billing and pulled a 50x. Despite the era of undiscovered gems tapering off in 2018, there’s still a handful of tokens that achieve the impossible each year, making their holders ridiculously rich. Seele, synthetix, and link were among this year’s biggest winners. Which tokens will be next to 50x in 2020?

Digging for for Diamonds in the Dirt

Glancing at this year’s best performing coins, as recorded by Coincodex, you could be forgiven for thinking astute investors were all presently sunning themselves on tropical islands, purchased with the proceeds from their ETM, with its 700 million percent gains.

The reality, of course, is less glamorous: there were few buy-and-hold winning trades this year, and the coins that proved profitable had actual tradable volume, unlike En-Tan-Mo and Dragonvein with their sick percentage gains but $0 market cap.

Filter Coincodex’s year-to-date (YTD) returns for the top 200 assets and the picture becomes clearer. Top of the heap, with an impressive 3,417% return, is seele, whose YTD chart looks like this:

Zoom out to when seele was issued the year before, however, and its chart looks like this:

As Bruce Wayne’s butler, Alfred, mused in The Dark Knight Rises: “There is a prison in a more ancient part of the world. A pit where men are thrown to suffer and die. But sometimes a man rises from the darkness. Sometimes the pit sends something back.” In 2019, the pit of dead ICO tokens threw something back in the form of seele, which got market made to the max on Huobi, resulting in the most impressive YTD gains of any top 200 asset. To misquote Vitalik Buterin, “Congrats on this Seele. Seriously.”

If You Bought ‘Molecular Future’ This Year, Take a Bow

Aside from seele’s rocket ride from ignominity to the moon, a handful of other tokens recorded triple or quadruple percentage gains in 2019 – and some were even achieved on the basis of fundamentals, rather than exchange-related jiggery pokery. Molecular future (MOF) is something of a mystery, but it was pumped hard on Okex, resulting in a price of $1.58 per token and a YTD gain of 3,280%. Impressive.

In third place comes defi favorite synthetix (SNX), perhaps this year’s overall winner given that its trajectory hasn’t been reliant on any single exchange. For a token that begined the year at $0.03 and is currently trading for $1.27, SNX must down as one of this year’s best buys – and with the decentralized derivatives platform now the second largest defi protocol, with $170M locked into its ecosystem, Synthetix would appear to have a promising future. Just don’t count on it doing another 50x next year.

Other tokens that have had a very good 2019 include Constellation’s DAG, up 720%, and chainlink, up 600%. After that, the quality and gains of the top performing coins diminishes sharply. Whatever next year’s market brings, be it bull or bear, a handful of coins are likely to pull a seele and go 50x. But which? Picking 2-3 winners out of 3,500 tokens is a shot in the dark that’s almost certain to fail. That didn’t stop news.Bitcoin.com from polling a number of traders and industry insiders on next year’s likeliest to succeed coins. Here are their picks. If any project has a chance of emulating Seele and going from obscurity to mainstream awareness long after its token sale has concluded, it might just be Arweave. Its token sale ended in June 2018 and the AR token has yet to reach a major exchange – Bilaxy is as good as it gets. Despite this, the Arweave mainnet has been up and running since the begin of the year, and its team intensively shipping code, organizing hackathons and raising awareness of its permaweb for archiving information, from websites to tweets.

In November, Arweave revealed it had secured funding from a16z crypto, Union Square Ventures, and Multicoin Capital, who have taken tokens as part of their stake in the project. Arweave appears to be that rare thing: a blockchain project solving a genuine problem – namely broken links and disappearing web content. It’s got the team, the VC backing, and the infrastructure in place. Now all Arweave needs is some liquidity for its AR token for beautiful things to happen.

Justice as a Service project Kleros also had a busy year, rolling out useful products such as a generalized token curated registry (TCR). This enables anyone to create their own list of vetted vendors, merchants, products, services or places, with crowd wisdom used to gauge the validity of each entry. From rating restaurants to darknet marketplaces, the potential uses for Kleros’ TCR are vast. That alone won’t cause the value of its PNK token to rocket, but other developments might. Kleros, which was singled out for praise by Vitalik Buterin this year, is currently building out Proof of Humanity with Democracy Earth, a process for establishing identity without relying on central authorities. Perhaps more importantly, from an investor perspective, Kleros is selling the second tranche of its tokens in January, setting PNK up nicely for a year of price discovery.

As a Binance IEO, Elrond needs no introduction – even if most of those who’ve traded it have no idea what the project actually does. It’s a high speed interoperable blockchain basically – nothing new there, admittedly. However, Elrond does have a couple of things in its favor: for one thing, ERD is a low sat coin (currently trading for 28 sats), and for another its mainnet is about to launch. Coupled with the Binance factor, it seems reasonable to predict price appreciation for ERD next year. Not 50x, but 2x perhaps, and in the current climate, that’s a respectable return.

The final two tips for 2020 come courtesy of a professional 4chan shiller who, in keeping with the site’s ethos, would prefer to remain anonymous. His moon bags for 2020 include Nyzo, a collaborative verification project that uses a queueing system instead of PoW or PoS, and Pegnet (PEG), an open source, mineable stablecoin network which is currently only available on Citex exchange.

The odds of any of the tokens mentioned here pulling a 50x next year are vanishingly small, yet that won’t stop a small band of believers from trying their luck with these and hundreds of other mid- and microcap coins. One of them’s got to come in, right?

Which tokens do you expect to do well next year? Let us know in the comments section below.

Disclaimer: Price articles and market updates are intended for informational purposes only and should not be considered as trading advice. Neither Bitcoin.com nor the author is responsible for any losses or gains, as the ultimate decision to conduct a trade is made by the reader. Always remember that only those in possession of the private keys are in control of the “money.”

The post Searching for Synthetix: Which Token Will Be Next Year’s 50x Winner? appeared first on Bitcoin News.

Post source: Searching for Synthetix: Which Token Will Be Next Year’s 50x Winner?

Perspecta Sets Multiple Records in 2019 and is Now Available via...