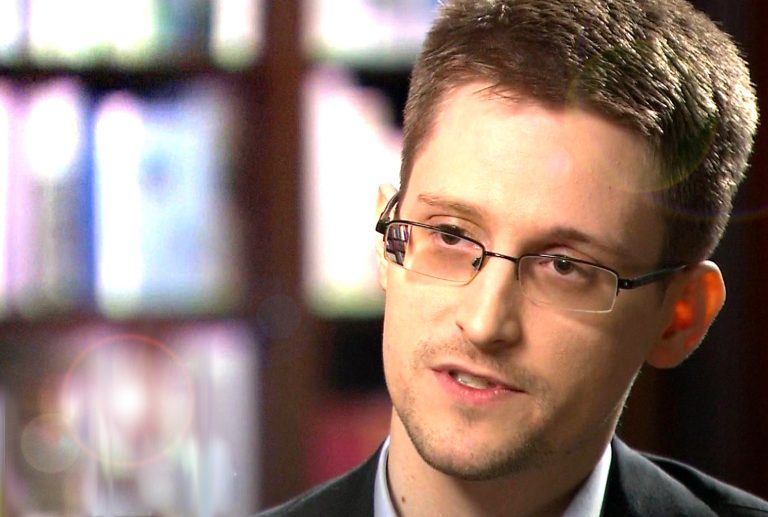 Former U.S. National Security Agency (NSA) subcontractor Edward Snowden is being sued by the Department of Justice (DoJ) for his latest memoir. The agency won’t stop Metropolitan Books from publishing Snowden’s new book but the government will take the revenue he earns from the memoir instead. Following the book publishing fiasco, Snowden said that the outcome was “good for bitcoin.”

Also read: India’s Popular ‘Who Wants to Be a Millionaire’ Show Gives Crypto a Boost

The 36-year old Edward Snowden is best known for leaking information after working as a subcontractor for the Central Intelligence Agency (CIA) and the NSA. The American whistleblower disclosed a lot of information to the public regarding global surveillance programs. In 2013, Snowden gave three journalists access to thousands of highly classified NSA documents. Snowden’s leak gave privacy rights and the surveillance state international attention and his works have permanently scarred the reputation of government agencies worldwide. The DoJ charged Snowden with two counts of violating the Espionage Act and stealing classified information. Snowden was granted the right of asylum in Russia and is currently allowed to stay until 2020. The whistleblower has since decided to write a memoir called “Permanent Record” and on the day the book was published the DoJ decided to sue Snowden.

“The government of the United States has just announced a lawsuit over my memoir, which was just released today worldwide — This is the book the government does not want you to read,” Snowden tweeted on Tuesday.

The DoJ published a press release about the situation and alleged that Snowden published his book without “submitting it to the agencies for pre-publication review.” As such, the book and his “public speeches on intelligence-related matters are in violation of his non-disclosure agreements.” Now, instead of stopping book sales or restricting the memoir in the U.S., the agency said that it will recover all the proceeds that stem from sales. The DoJ declared that the Supreme Court case Snepp v. the United States gives it the right to all of Snowden’s “contractual and fiduciary obligations” stemming from the U.S. Furthermore, the DoJ is also suing the publisher Metropolitan Books, a subsidiary of Macmillan Publishers. The move to sue the publisher is “solely to ensure that no funds are transferred to Snowden,” the DoJ emphasized.

After the news broke, cryptocurrency supporters asked Snowden on social media to accept bitcoin for book payments. “Hey Snowden – is there a way I can buy your book with bitcoin to avoid this DoJ nonsense?” asked Erik Voorhees. “I’ll buy a copy with Bitcoin — Screw the U.S. government,” another tweeted. Shortly after the DoJ announced the lawsuit, Snowden’s book quickly jumped to the top bestseller list on Amazon. The book describes the build up to when Snowden decided to leak the NSA’s files and metadata and give them to journalists. A few hours after the DoJ lawsuit went viral on the web, Snowden tweeted:

In conclusion, this is good for bitcoin. It’s not the first time the whistleblower has discussed bitcoin or other cryptocurrencies, as he’s brushed on the subject on numerous occasions. But at the beginning of the year at the Bitcoin 2019 conference, Snowden discussed the digital currency at greater lengths. “The lack of privacy is an existential threat to bitcoin. Is the only protection users have from political change,” he said. However, he did note that there are privacy-centric coins and tumbling protocols available in the wild and highlighted the Shadow Brokers hacking group. Snowden suggested that the NSA likely would have busted the gang if there weren’t privacy tactics available and he also underlined the fact that Satoshi’s opsec was never uncovered by the NSA. During the conference via a video link from Russia, Snowden also explained that in 2013 he used bitcoin to pay for the servers he used when he leaked the NSA documents.

Before his appearance at the conference, Snowden explained that bitcoin is the “first free money” system in an interview published by the American Civil Liberties Union in 2018. “I like Bitcoin transactions in that they are impartial — They can’t really be stopped or reversed, without the explicit, voluntary participation by the people involved,” Snowden said at the time. “Let’s say Bank of America doesn’t want to process a payment for someone like me. In the old financial system, they’ve got an enormous amount of clout, as do their peers, and can make that happen. If a teenager in Venezuela wants to get paid in a hard currency for a web development gig they did for someone in Paris, something prohibited by local currency controls, cryptocurrencies can make it possible.” Snowden added:

Bitcoin may not yet really be private money, but it is the first ‘free’ money.

Cryptocurrencies have made it possible for people to transact freely in a permissionless manner without the need for depending on a third party like the government, corporation, or any individual. Satoshi’s design has allowed individuals to do whatever they want with their funds at any time and even Snowden once said that “new technologies raise the possibility of unstoppable tax protests.” So far the DoJ’s move has stirred the hornet’s nest, shooting Snowden’s biography to the top of the bestseller list.

How could our Bitcoin Block Explorer tool help you? Use the handy Bitcoin address search bar to track down transactions on both the BCH and BTC blockchain and, for even more industry insights, visit our in-depth Bitcoin Charts.

The post Snowden: US Seizing My Book Revenue is ‘Good for Bitcoin’ appeared first on Bitcoin News.

Post source: Snowden: US Seizing My Book Revenue is ‘Good for Bitcoin’