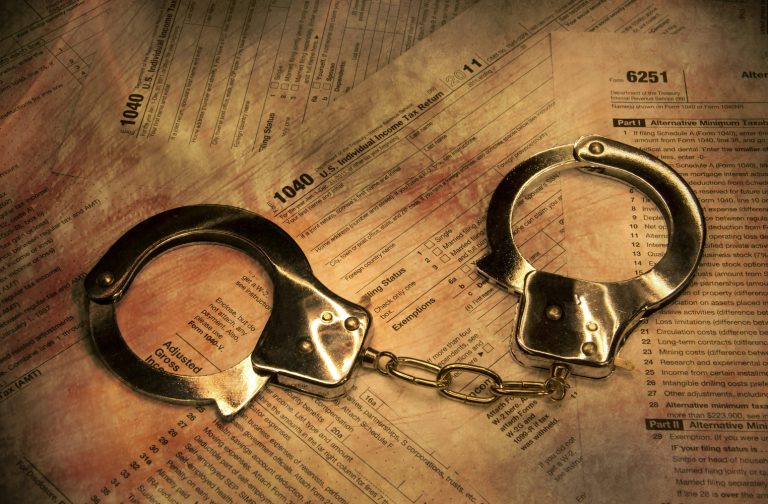 Crypto awareness is reaching levels almost unimaginable just years ago, with telecommunications giants, big banks, mainstream media, and even professional sports teams now discussing and flouting digital assets. AT&T now allows customers to pay their phone bills in bitcoin, Japanese SMS giant Line is adding an FSA-approved crypto exchange to its largely popular chat app, and the NFL’s Miami Dolphins have named litecoin their “official cryptocurrency.” Still, with all its wonderful attributes, it’s puzzling to some why crypto isn’t even bigger than it already is, and the answer may lie in one buzzkill of a word: taxes.

Five years ago it might have been hard to imagine regular crypto-focused segments on popular MSM news outlets. That’s a normal thing now. The Miami Dolphins football team having an official cryptocurrency might have been a silly conversation at a house party with friends, but that’s the reality these days. How about a whole “Bitcoin Cash City” in Australia? Thinking of giants like AT&T, Microsoft, Rakuten, and Naver’s Line chat app (which just announced its Bitmax exchange launch on September 17) accepting and trading crypto almost boggles the mind, at least for those who’ve been in the space since less sensational times.

There’s no question that cryptocurrencies are generally easy to use. There’s no question that P2P transactions and international transfers are generally much easier and cheaper than those facilitated by legacy banking institutions. There’s also little doubt surrounding the fact that sound, decentralized digital assets can provide a level of autonomy and privacy hard to come by in the fiat world of government-issued money. Sure, there’s the volatility factor to consider, but that also provides holders a chance to reap handsome gains from favorable price fluctuations. As sending money via coins like BCH is so easy, and so many seem to be genuinely hungry for crypto ubiquity, it stands to ask why adoption and use have not skyrocketed more massively by now.

You can’t steal from your neighbors at gunpoint to make them pay for things you want, even if those things you want are good, positive things. Should the whole town agree with you that your neighbor ought to pay for these things, forcing a non-violent person to give up their money under threat of violence is nonetheless unethical. And sociopathic, really. There’s a cognitive dissonance, though, when it comes to a group of people called “government.” They get a magical mystery pass on morals. “Taxation is theft,” as the old libertarian trope goes, is no lie. But it’s not only theft; it’s also a large deterrent for already flourishing crypto adoption worldwide.

Extortion carries with it a high level of fear for its victims. Since crypto tax regulations in many jurisdictions are still so painfully unclear, it’s understandable when merchants, friends and family are reticent to touch “that bitcoin stuff.” The IRS has been sending out thousands of ominous warning letters for months now, and still has not delivered updated tax guidelines for crypto, promised in May to be soon forthcoming.

These guys aren’t kidding, either. Targeted individuals have found out the hard way. If you trade crypto in a way the local tax authorities don’t like, you could be facing years of prison time. Running afoul of FATF-backed regulatory bodies when it comes to crypto taxation could result in revoked passports, exorbitant legal fees, and the destruction of one’s livelihood. All this against a backdrop of increasing global debt and march toward a new worldwide recession means that, more than ever, underfunded and understaffed government agencies like the IRS are desperately pressuring mainstream crypto exchanges to surrender customer info, or risk being penalized.

A Forked Crypto Culture and the Need for Decentralized Governance

Apart from a remarkable polarization occurring in the crypto space since Bitcoin Cash forked from Bitcoin Core in August 2017, another arguably deeper divide has formed. This is the rift between large, state-compliant crypto interests and staunch advocates for a free market. Not all in the latter group are libertarians or “taxation is theft” philosophical purists, either. Some are everyday merchants who simply see the utility of crypto, and wish to grow their businesses while serving their customers more efficiently with crypto. Cafe owner Donna Kilpatrick, for example, spoke at the recent Bitcoin Cash City conference in Townsville, Australia, saying of BCH:

We work in hospitality … we’re not brain surgeons and we can all do it … It’s so easy, It really is so easy. That’s not to say that I think it’s perfection. I think there are issues with it in a retail environment … and that’s around the accounting side of things, because, you know, I don’t want to be running afoul of the ATO.

Interesting that the biggest flaw Kilpatrick can find with crypto is the unreasonable requirements of an obtuse Australian Taxation Office. Her observations and those of others at the conference shine a piercing light on a critical problem: the tech is decentralized, but the governments trying to regulate it are not. It’s like trying to force a square peg into a round hole.

If a new money can work with nothing more than math, a market, and decentralized network, why not society as a whole? Arguments for warlords taking over, or evil individuals running amok and dominating these consensual, permissionless proposals for a new order are ultimately self-detonating. Looking around, warlords are already in power. Bad actors are already running amok. Why? The network model for society is now totally centralized.

“Denial of service attacks” on those not toeing the party lines are all too common. With Bitcoin, the model is mathematical. With violence-based, centralized governance, the model is whimsical. Whatever the ruling class feels like doing, they do. Imagine the developers of any respectable cryptocurrency behaving the same way. It would be laughable. There is no “divine right to rule” inherent to the mathematics governing crypto, so why society at large should be any different is a valid, if habitually ignored, question.

The electrified air of the cryptoverse is now bristling with adoption possibilities, and the next step is to ask how crypto can be leveraged for the benefit of individuals everywhere. Attempts to smash and shame economic autonomy back into the rusty cages of plantation finance are not only ill-advised – they are also immoral. The more decentralized societal governance becomes, the faster adoption will spread. Perhaps even until a day when kids will look at their history books marveling at times past, stunned that humankind actually believed systematic financial slavery was necessary for peace. They’ll close their dusty books, send a crypto tip to their friends on some augmented reality chat app, and head out into the sun to catch the Dolphins game.

What do you think about the recent developments in crypto adoption worldwide? Let us know in the comments section below.

Op-ed disclaimer: This is an Op-ed article. The opinions expressed in this article are the author’s own. Bitcoin.com is not responsible for or liable for any content, accuracy or quality within the Op-ed article. Readers should do their own due diligence before taking any actions related to the content. Bitcoin.com is not responsible, directly or indirectly, for any damage or loss caused or alleged to be caused by or in connection with the use of or reliance on any information in this Op-ed article.

You can now purchase Bitcoin without visiting a cryptocurrency exchange. Buy BTC and BCH directly from our trusted seller and, if you need a Bitcoin wallet to securely store it, you can download one from us here.