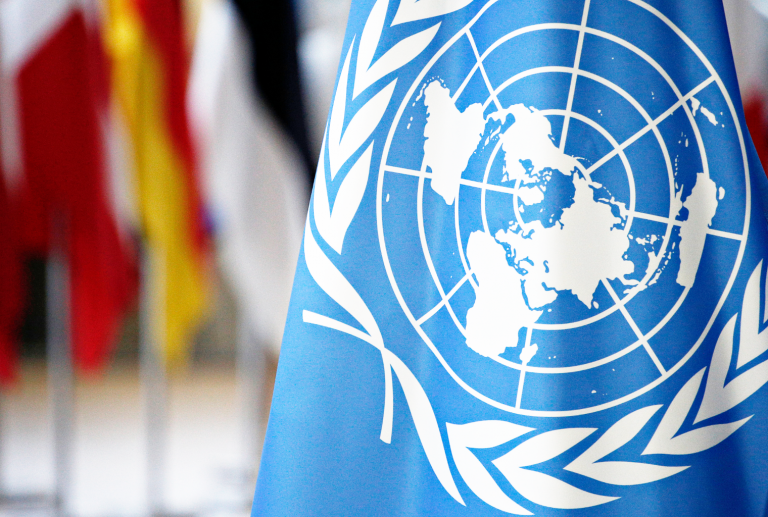 Unicef announced Wednesday that it has launched a cryptocurrency fund and become the first United Nations organization to hold onto its crypto donations. Without converting them into fiat, the fund will hold two cryptocurrencies and disburse them to support projects benefiting children worldwide.

A First for UN Organizations

United Nations children’s agency Unicef announced the launch of its cryptocurrency fund Wednesday. The organization explained that “Unicef will now be able to receive, hold and disburse donations of cryptocurrencies ether and bitcoin, through its newly-established Unicef Cryptocurrency Fund,” adding:

In a first for United Nations organizations, Unicef will use cryptocurrencies to fund open source technology benefiting children and young people around the world. The agency noted that its national committees for the U.S., France, Australia, and New Zealand currently accept crypto donations. In April last year, Unicef also launched The Hopepage, a website that mines cryptocurrency with visitors’ computer processing power. At press time, over 30,800 people are actively donating their computing power to it, according to the website.

Unicef also revealed that the first contributions to its crypto fund will be made by the Ethereum Foundation, through its French national committee. Three grantees of the Unicef Innovation Fund will benefit from these initial donations, along with a project coordinated by the GIGA initiative to connect schools across the world to the internet.

The Unicef Innovation Fund “invests in solutions that can impact the lives of the most vulnerable children,” its website details. At press time, the fund has invested $5.9 million in 76 projects and 42 countries “with an eye to invest in 20 more begin-ups in 2019.”

Christopher Fabian who cofounded Unicef’s Innovation Unit previously explained the importance of being able to prove where donated money is going. “To achieve that level of transparency with cryptocurrencies, organizations will need to be able to receive, manage, and distribute crypto funds without converting them,” he remarked. “In other words, to track where your bitcoin donation went, it has to end up at the point of need still as bitcoin.” For its new venture, Unicef confirmed:

The three aforementioned grantees are Prescrypto, Utopixar, and Atix Labs. Prescrypto is building Rexchain, a healthcare blockchain. “Your prescriptions will be stored in an encrypted database, which only you — or the people you choose to share them with — can access,” the team described. Utopixar is working on a decentralized blockchain platform for anyone to collaborate on initiatives addressing social and environmental challenges.

The third grantee, Atix Labs, is a software development company focusing on building a blockchain platform that matches beginup enterprises to funders. The firm has teamed up with RSK Labs to form a consortium called the Circles of Angels, which is working on using smart contracts for remittances.

Unicef works across more than 190 countries and territories to reach the world’s most disadvantaged children. “If digital economies and currencies have the potential to shape the lives of coming generations, it is important that we explore the opportunities they offer,” Executive Director Henrietta Fore opined. “That’s why the creation of our cryptocurrency fund is a significant and welcome step forward in humanitarian and development work.”

What do you think of Unicef launching a crypto fund? Let us know in the comments section below.

How to Anonymously Buy Bitcoin Online and in Person

February 24, 2020
Buying bitcoin is a bit like shopping for contraception: it’s a primary human proper, you need to be entitled to achieve this privately, and...

Binance CEO Responds to FUD About its Malta Residency

Bitcoin Bulls Regaining Composure, Is $10,000 Back In Play?