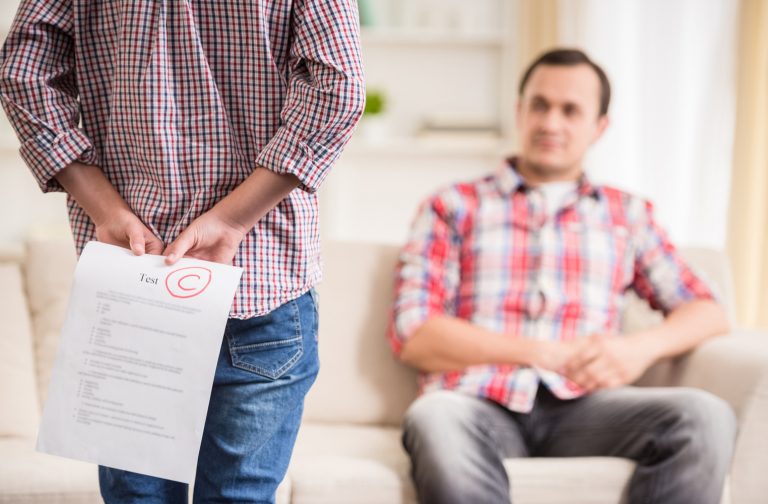 Weiss Ratings has downgraded EOS once again, taking its ranking from a B to a C-. The group cites “failure to decentralize,” “misallocation of resources,” and a congested network as reasons for the fall in rank. “Weiss Crypto Ratings model is not based on opinion. It’s driven by data,” the group claims. In this article we’ll look at EOS, as well as top coins by market cap to see how Weiss — and other voices in the space — view their progress.

The self-described “only ratings agency that combines the broadest coverage, strictest independence, complete objectivity, high ethics, and a commitment to safety,” has moved EOS down to a C- rating. Weiss Crypto Ratings took to Twitter over the weekend to explain their reasoning. “We’ve had great respect for work and thinking that went into the EOS project. But the Weiss Crypto Ratings model is not based on opinion. It’s driven by data,” the group tweeted. “And that data has now caused a downgrade from B to C-. Here’s why (full article to be published soon).”

2/6 Failure to decentralize – The top 100 #EOS token holders, representing a meager 0.01% of the total, control a whopping 68% of the voting power. So much for the claim that EOS is a major improvement over older cryptos like #Bitcoin (#BTC) and #Ethereum (#ETH).

The first reason given is a perceived failure to decentralize. Weiss notes that 0.01% of EOS token holders “control a whopping 68% of the voting power. So much for the claim that EOS is a major improvement over older cryptos like Bitcoin (BTC) and Ethereum (ETH),” the group asserts. The second reason is a “misallocation of resources” that has resulted in network congestion, and frozen transactions for small token holders. “The issue of CPU, REX and the clogged network is too complex to explain in a simple Twitter format, so on this topic, see our article explaining EOS downgrade in detail, coming out soon,” Weiss details.

How Other Cryptos Rate

Weiss gives market cap leader Bitcoin Core (BTC) an overall rating of B+. Weak areas are “risk” and “momentum” and the coin receives a D grade in market performance. Adoption and technology both score well, getting an A. In a recent article published to the American Institute for Economic Research, Austrian economist and Bitcoin advocate Jeffrey A. Tucker seems to lend credence to the Weiss assessment on momentum, writing:

Consider the core data. Transactions per day are at 2016 levels. Exchange volume is at 2017 levels. Wallet use is at an all-time high but most new users come in through exchanges and keep their money there, which belies the hope of disintermediated money.

Ethereum also garners a B+ grade by the Weiss system, ranking “fair” and “excellent” in technology and adoption, respectively. A D- score in market performance counterbalances this positivity. While some in the crypto space would argue that there are serious scaling issues with Ethereum and question the technology and adoption score, Weiss nonetheless gives these an A, based on its ranking system.

XRP receives a B-, rated “very weak” in the momentum category and “weak” in the risk category. “Momentum,” according to the Weiss system, “evaluates the upside potential an investor could benefit from.” XRP’s most highly scored aspect is adoption, categorized as “excellent.” Centralization has been a big issue in the crypto space for critics of XRP, as some see the asset as being controlled directly by the company, and not a decentralized community.

Bitcoin Cash, whose community and tech seek to address some of the issues with BTC Tucker discusses in his article, gets an overall Weiss rating of C. Interestingly, no 90-day performance history is shown for BCH at press time, and this metric would ostensibly be needed to effectively establish risk and momentum, both of which Weiss rates as weak. In any case, BCH shines most brightly in the category of adoption, which is rated “good.”

First thing that people ask me when I evangelize bitcoin is “ok but where can I spend it?”

Sadly, blockstream/core has made this an embarrassingly hard question to answer.

This is why many of us early adopters have moved to $bch bitcoin cash. You should also consider it Dan

This perhaps comes as no surprise to the BCH community, whose devs, merchants, charities, meetup organizers and influencers have been working tirelessly to increase and innovate adoption and make Bitcoin a true peer-to-peer permissionless cash as Satoshi Nakamoto intended. Low fees, fast speeds, and scalability all factor into this.

As Weiss themselves state:

Every grade issued by any rating agency is ultimately an opinion, to be used by the public in the context of opinions from analysts, developers and users … No ratings model, no matter how well designed, can evaluate all factors.

Ultimately it will be the market which decides which cryptos sink, tread water or take off moon-ward into 2020 and beyond, but the Weiss Ratings system provides an interesting analytical backdrop for those investigating various digital assets. Tether (USDT) was not included in the list of rated top market cap coins as it is a stablecoin, and does not have a ranked Weiss rating.

How does your favorite crypto rank? Do you agree with Weiss’s rating system? Let us know in the comments section below.

Disclaimer: This article is for informational purposes only. It is not an offer or solicitation of an offer to buy or sell, or as a recommendation, endorsement, or sponsorship of any products, services, or companies. Bitcoin.com does not provide investment, tax, legal, or accounting advice. Neither the company nor the author is responsible, directly or indirectly, for any damage or loss caused or alleged to be caused by or in connection with the use of or reliance on any content, goods or services mentioned in this article.

The post Weiss Ratings Downgrades EOS to ‘C-‘ Due to Centralization – How Other Coins Measure Up appeared first on Bitcoin News.

Post source: Weiss Ratings Downgrades EOS to ‘C-‘ Due to Centralization – How Other Coins Measure Up

January 16, 2020
Thanks to the EU’s most up-to-date cash laundering directive, a small enterprise known as Post-a-coin, which offered cute postcards pre-loaded with tiny quantities of...

IRS to Limit Probe into Coinbase User, US Court Advises

What Will Bitcoin Difficulty Adjustment Mean For BTC Prices?